⠀⠀Create winning bids in less than half the time
⠀⠀Excellent 1:1 training and support
⠀⠀Designed to make estimating easy for tradies
Book a free demo 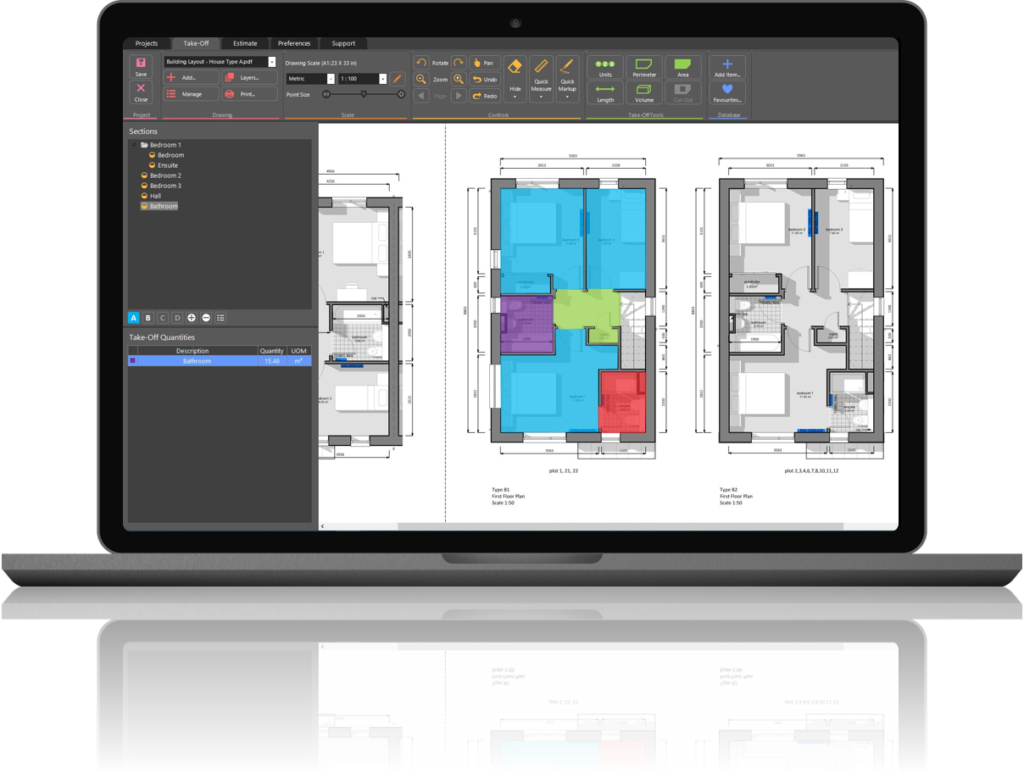 It doesn’t make sense to try and plan tomorrow’s profits if you’re working with the last century’s methodology. Landscaping professionals across the world still rely on outdated ways of working when it comes to take-offs from plans and creating estimates for jobs. It’s no wonder it’s increasingly difficult to keep up with the competition.

Instead of struggling with the long-winded and old-fashioned way, RapidBid provides an alternative solution to get all of those aspects out of the way. Using our software, producing accurate estimates in almost no time is surprisingly easy to achieve. 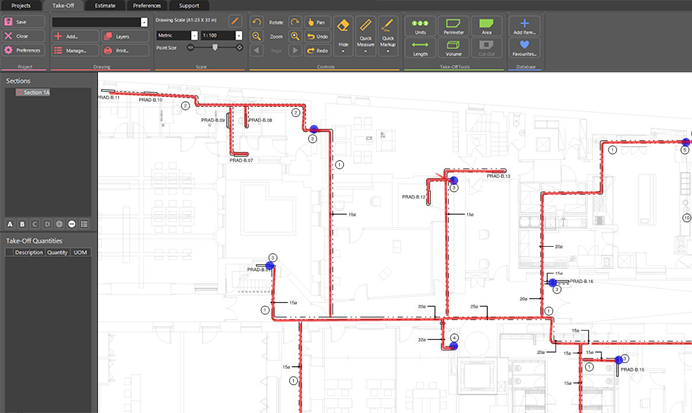 “I have a mate who is an electrical contractor and he was telling me that he spent three weeks pricing a $200,000 job by hand. I told him that with my estimating and PDF take off software, I started a $700,000 job yesterday and finished it today!”

“As much as I would hate to help any of my competitors, I have to completely endorse RapidBid in all that it offers for a business. Our quotation rate has increased from 50 to over 200 quotations per month.”

“RapidBid is a lifesaver. It’s so easy to use, I just open the drawings and within minutes I have scaled, marked and priced up all my materials and labour. It has increased the speed that we can win work four times over, at least.”

“At last, take-offs for the 21st century! After years spent marking up drawings with highlighters and producing takeoff sheets, this is a revolution in estimating. Just can’t live without it – I now takeoff five projects in the time it used to take to do just one.”

“Now, overall from top to bottom, RapidBid’s software saves me about 70% of my time, and that makes an amazing difference. Quotes that took me five days before now take me less than two days, and I’ve only been estimating since January.”

“I work as an estimator Monday-to-Friday, 9-to-5, and your software and support is first class. I can takeoff and price well over 10 drawings in less than an hour, this used to take me half a day before! I just love how simple it is.”

We used to do takeoffs with a scale ruler and a pencil which was very time consuming, and now we have a much quicker takeoff time. We only spend around 1 or 2 hours doing takeoffs with RapidBid’s software and before it used to take us about 5 or 6 hours.

“Time saving is the biggest advantage for us by far. RapidBid saved us about 80% of our time and increased our productivity 50%.”

“Our monthly quotation output has increased from 60 to in excess of 180 quotations per month. That is a staggering 300% increase.”

RapidBid is adaptable enough to suit many different types of contractors, but some tools will prove especially useful if you’re planning to use it as landscape/construction estimating software. Based on feedback from our users, here are some of the features you might be most excited about…

Flexible measuring tools – RapidBid makes it easy to measure areas and lengths with unusual shapes, like those you’ll often find in plans for gardens and outside spaces. You can freely click and draw on the screen to instantly calculate the numbers you need.

Automatically count units – With RapidBid’s AutoCount tools, you won’t have to waste time counting duplicates of the same item on your plans. Just define the symbol you’re looking for with a click, and RapidBid will quickly highlight them all for you.

Work faster than ever – Time is of the essence with landscaping projects, and clients are often in a hurry to get started, so they’ll commonly impose tight deadlines. RapidBid allows you to reduce your stress level by working more efficiently and getting finished in half the time, compared to the traditional manual alternative.

Why choose our landscape estimating software?

RapidBid is a uniquely powerful and user-friendly option. It’s not the only tool on the market, but we genuinely believe it’s the best, because we’ve thought about the needs of our users at every possible opportunity.

Here are just a few of the advantages to using RapidBid:

What our software can do for your business

With all of the above benefits available to users of RapidBid, you’ll have the opportunity to take your business to the next level. What that exactly looks like to you may be different to someone else, but that’s the point of taking control of your time. It’s down to you how you spend it.

It’s fair to say that time is one of the most important resources for landscapers. This is true for time spent on the planning and estimating stage, using software or doing everything manually. It’s also true for time spent doing the work itself, by yourself and any laborers you hire. All of it adds up, and costs you money.

That’s fine, but you’re only getting a fixed amount of revenue back for finishing the job. Therefore, saving money at any point in the process can easily be achieved by saving time. If you work faster without software, you might have to sacrifice accuracy, but with RapidBid’s precise results you won’t need to worry about that. The time saving is real, and you can apply it over and over again each time you work on a project that previously would have taken longer.

How did our team become the experts?

It’s fair to ask how a team of software developers ended up being so knowledgeable about how landscapers and other contractors work. To tell someone you can help them do their job more easily and efficiently is a bold claim, so we’d like to justify that a little more.

Firstly, our team is made up of several people who have worked on estimating software for decades. Our developers were involved with some of the earliest software on the market, long before on-screen take-off technology was possible, and even long before Windows computers.

Over the years, it became clear to us that using software was definitely the way to speed up the take-off/quoting/estimating/bidding process for all kinds of contractors. Regardless of industry, most of the same principles can be applied. Using digital tools, and automation wherever possible, makes light work of things that used to take many more hours.

We’ve seen this in almost every profession over the last 20 or 30 years, but contractors have been some of the slowest people to adapt. We realised that was because a really intuitive, user-friendly platform just didn’t exist yet, and so we developed RapidBid.

Of course, we didn’t just rely on what we thought contractors wanted in the software. Throughout the process of building RapidBid, it has been extensively tested on real users. We even reached out and worked with academics at a leading university in the USA to run an independent study, looking at the impact the software had on our users in our target market.

What we found from the study was that almost everyone who used the software was able to complete their work in a significantly shorter amount of time (typically 70% or 80% faster). That led to considerable increases in productivity, and therefore allowed them to make more money without working harder. That’s an ideal result for most small businesses, especially when you’re never sure what projects are on the horizon.

We always highly recommend a software demo as your first introduction to RapidBid. It makes sense to see everything on your own computer screen and get a feel for the program, while one of our experts talks you through it and addresses any questions you may have.

Fortunately for you, we’re offering this for free! Simply choose your time slot and we’ll virtually meet up with you to show you the software. We can also discuss your business and recommend the most appropriate course of action for you, if you’re interested. It’s all no-pressure and no-obligation.

We can also tell you more details about the pricing options we have, including the limited-time free trial download of our software. Just click the button to book your free demo now.